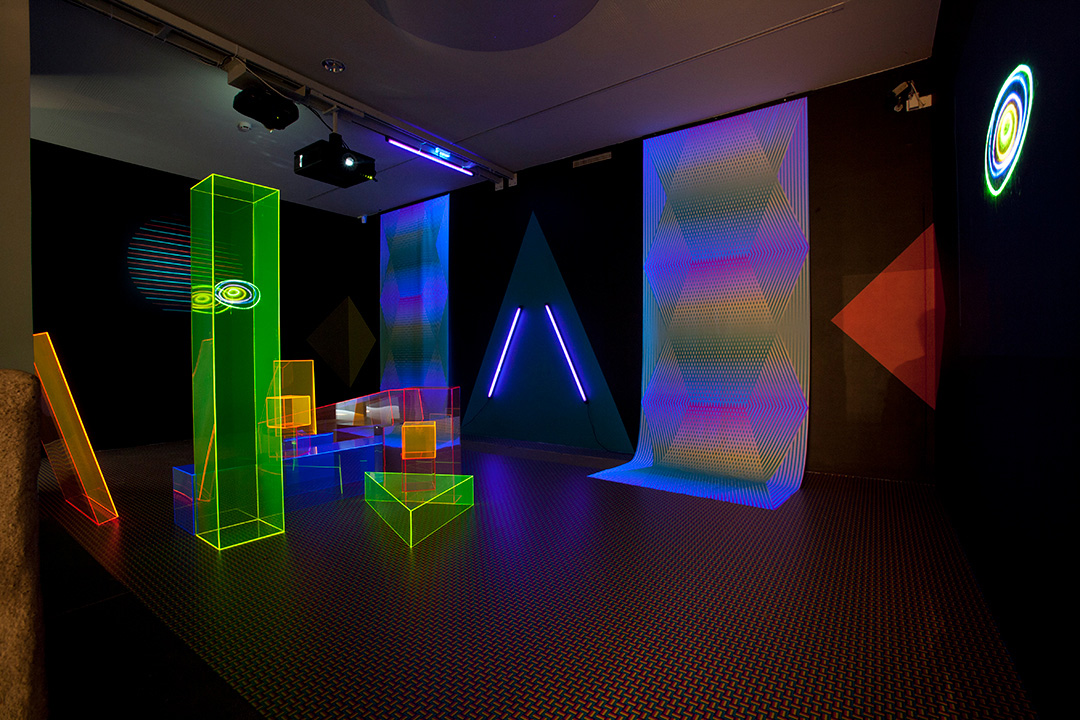 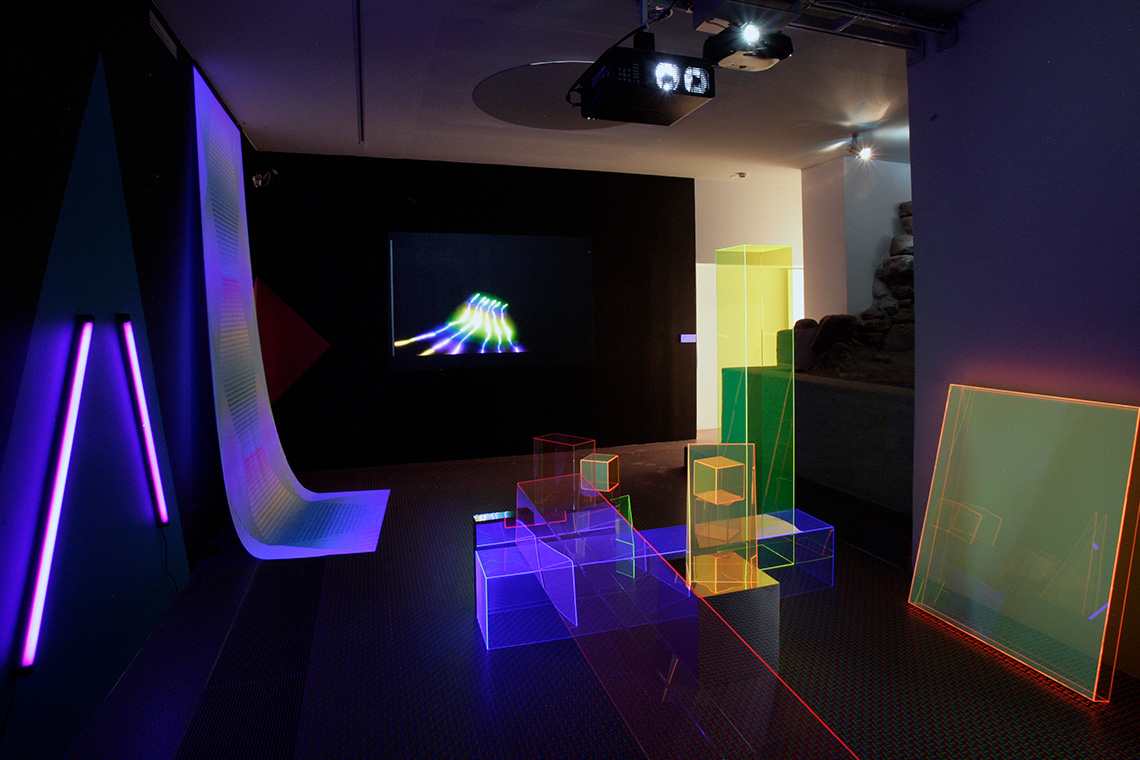 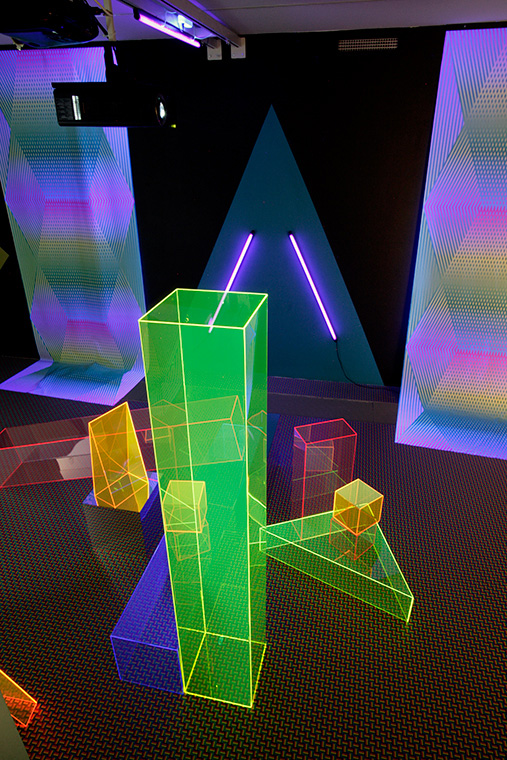 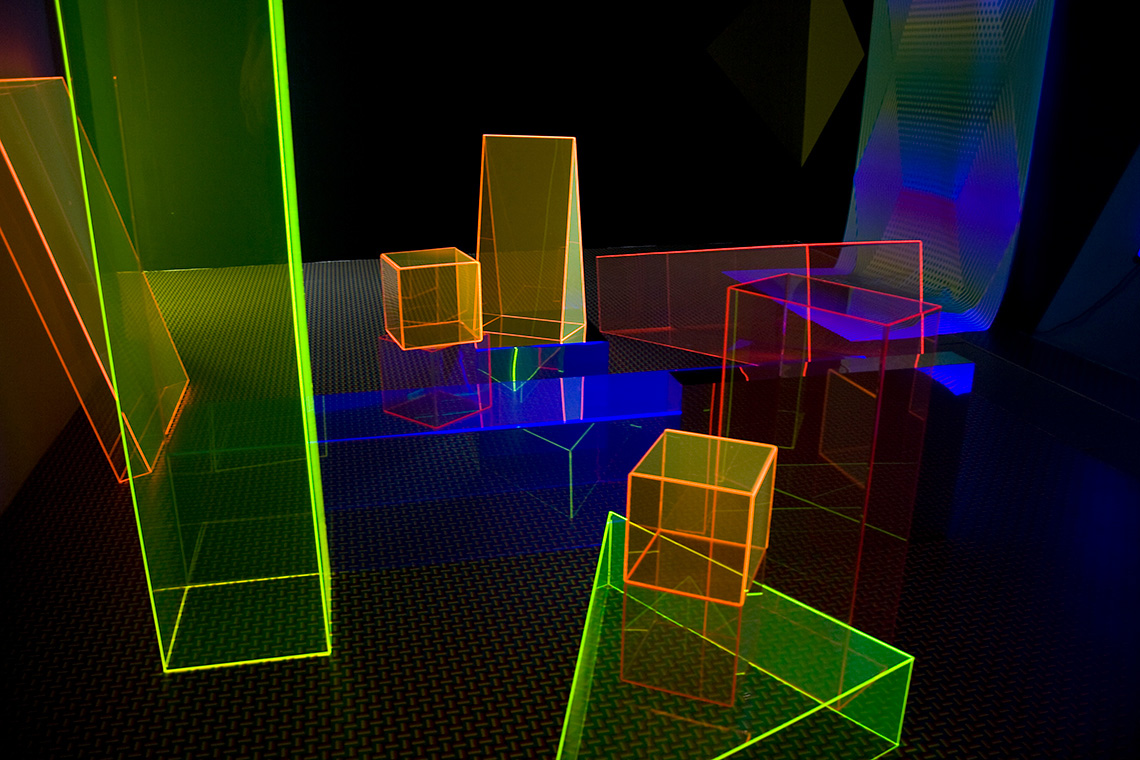 Aeon by Timo Vaittinen is an exhibition consisting of independent works: an installation, sculptural elements and stop-motion animation videos. Stop-motion is a slow and time-consuming technique, but Vaittinen sees it as a meditative practice akin to the making of a Tibetan sand mandala. Creating a work picture by picture is like a spiritual exercise, like repeating a mantra. Timo Vaittinen uses no script when he makes his animations; the piece unfolds itself in the process, revealing its meaning in the course of its creation.

One of the stop-motion videos is entitled Central Park. Vaittinen took shots of the park at night, animating the one element necessary to create a photograph: light. External circumstances, nature and chance, all have contributed to the work. Every frame in the animation is a record of a unique moment and a reminder of the transience of all things. The result is a combination of documentary and escapist filmmaking, revealing mysterious things, which take place in the park after dark.

The visual language of Aeon is reduced to reflect the underlying abstract forms. The abstractions are not devoid of meaning, however. The work contains visual references to minimalism, occultism and to the iconographies of alternative religions and indigenous peoples’ imagery. A pizza box meets Donald Judd, nearby woods are lit by strange lights, and behind a triangle the spirit of a future aeon finds its manifestation in a rainbow of print inks. The works offer a glimpse into an artistic idiom which breathes beyond concepts, a visual eternity seen through the subjective interpretation of Timo Vaittinen.

The original meaning of the Latin word aeon refers to lifetime, period of existence, but also to eternity. In the occult tradition, aeon refers to the promise of a shorter, new and magical age, in Christianity it stands for eternity, life after death. In the title of the exhibition, it also denotes a vanishing picture of the times, Timo Vaittinen’s personal interpretation of this day and age. But it also alludes to the eternity and permanence, which is embodied in the abstract idiom of the works. – Pia Hovi