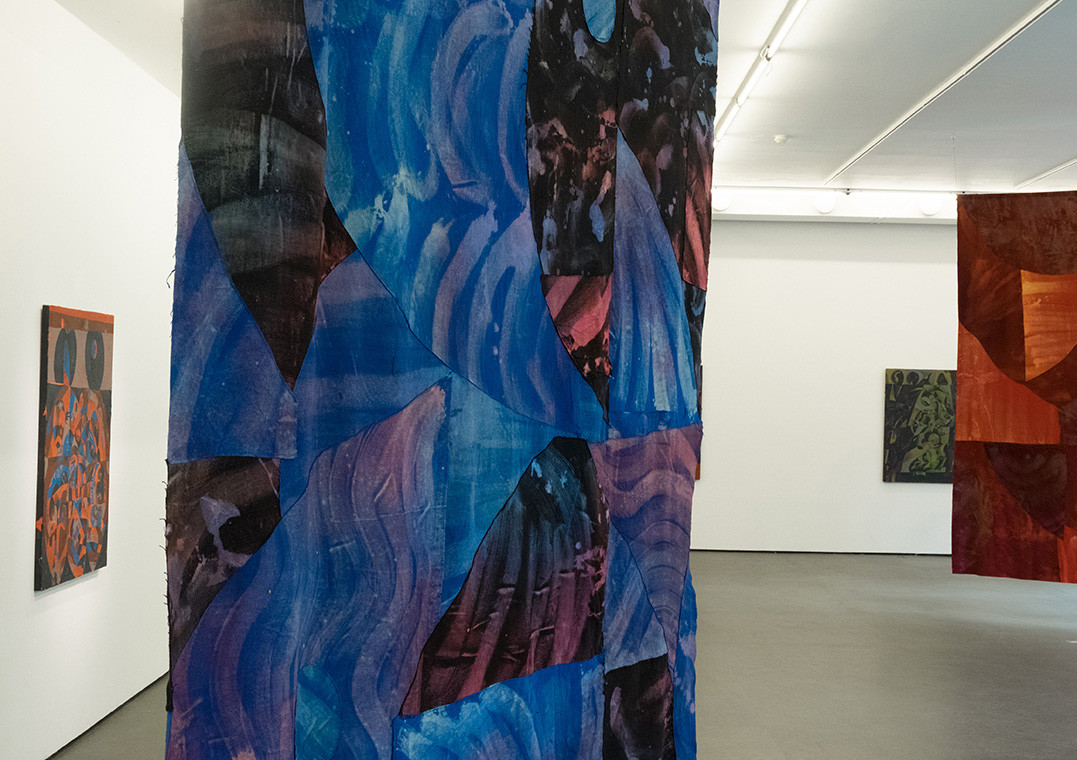 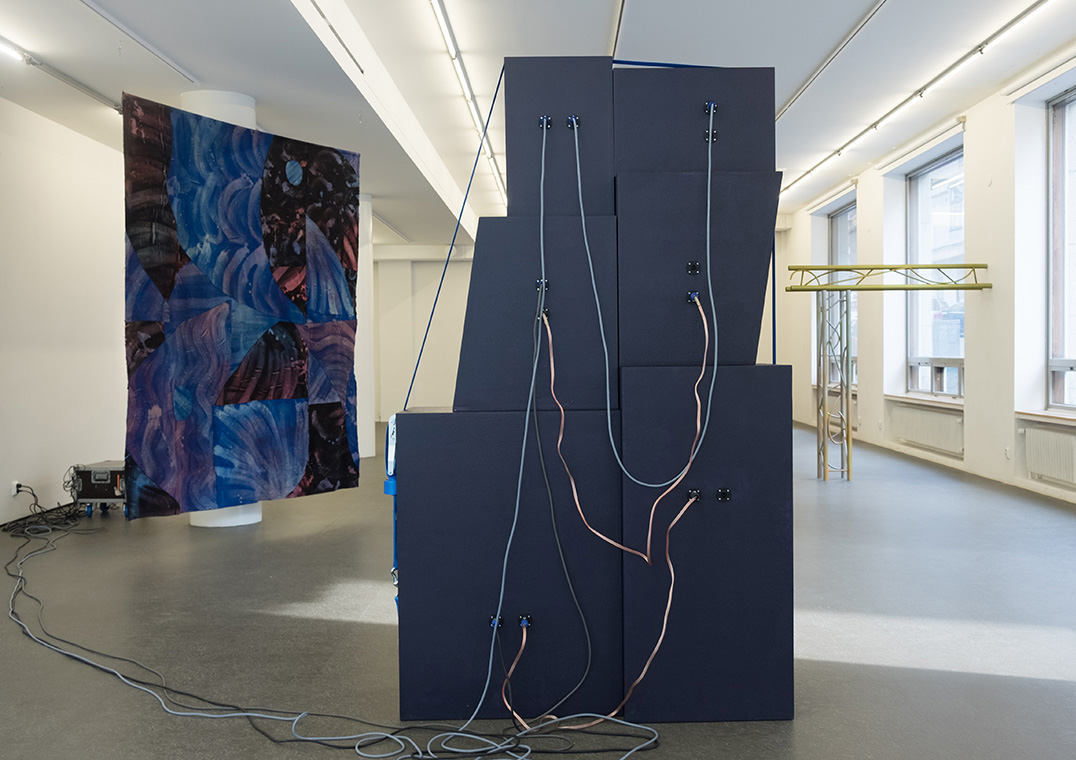 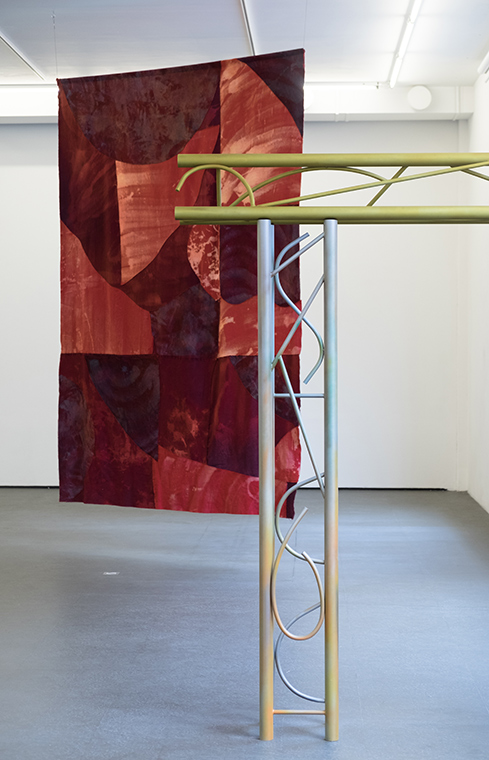 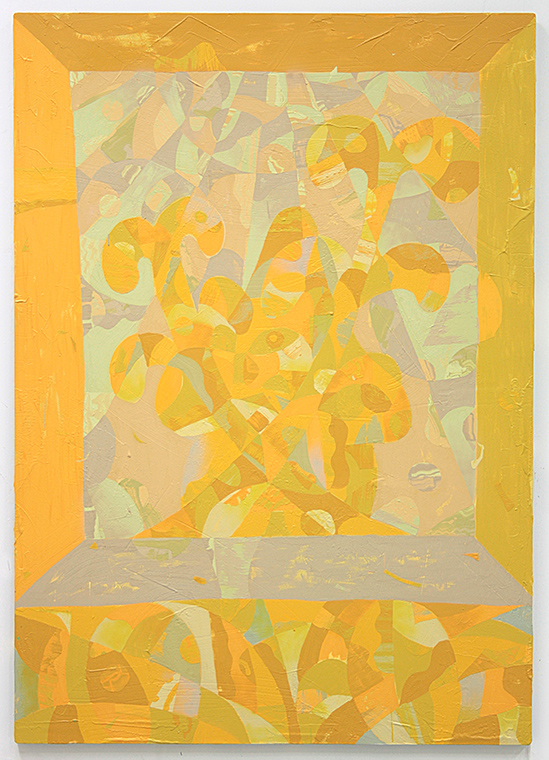 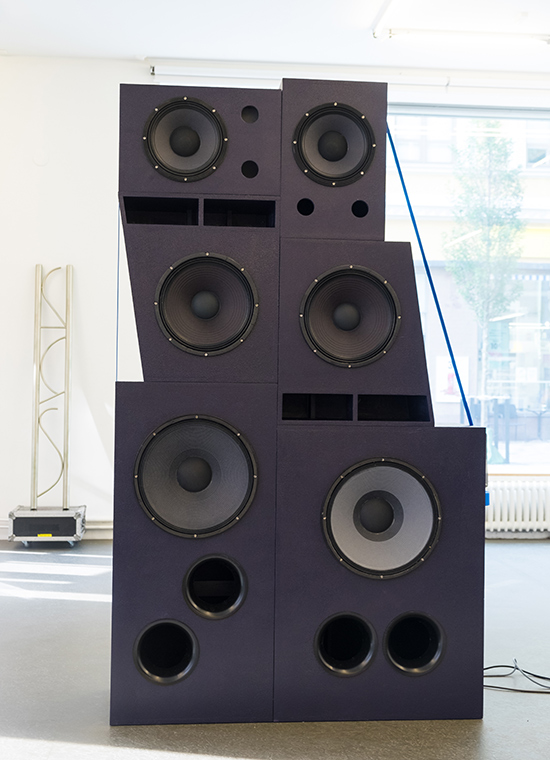 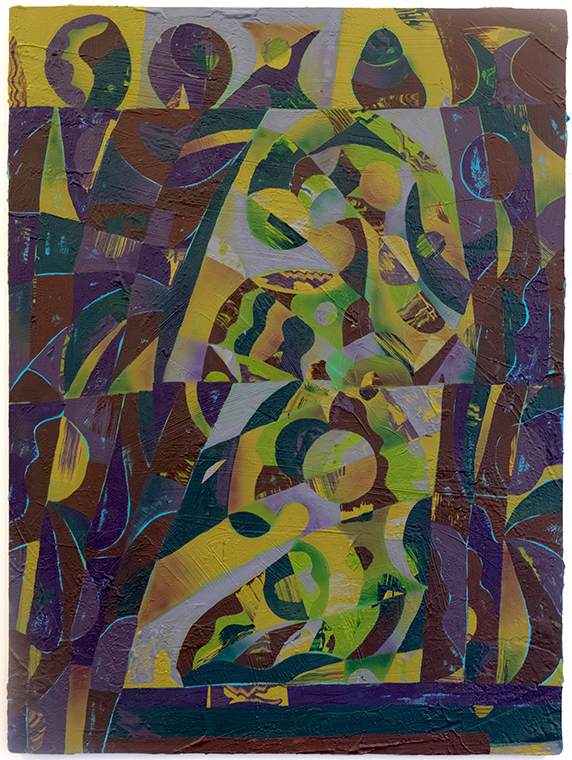 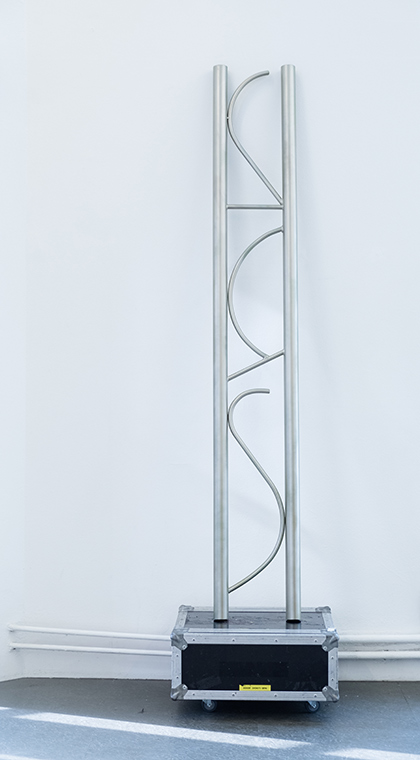 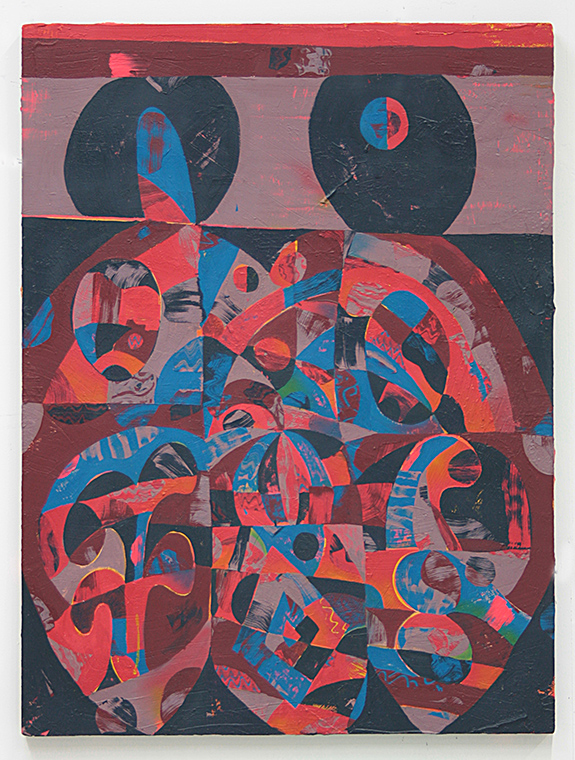 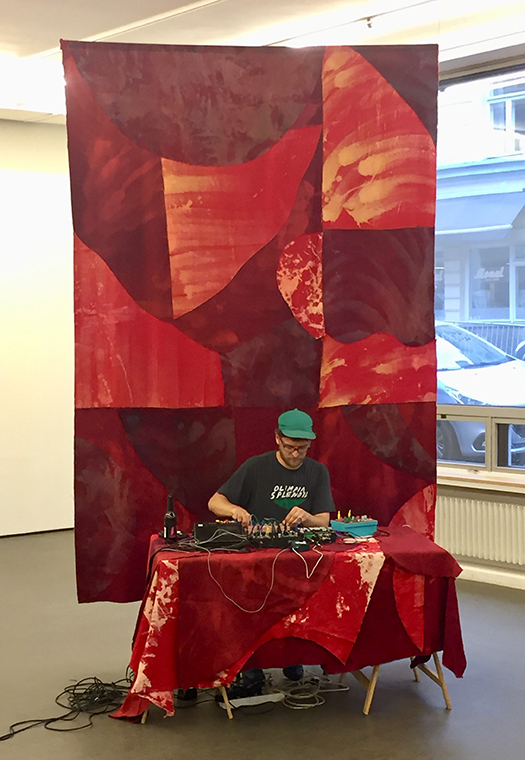 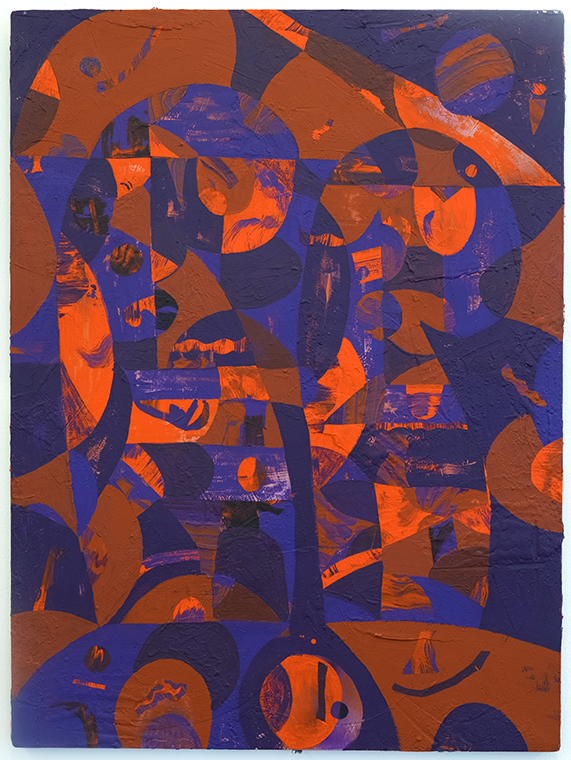 Timo Vaittinen’s work for the 1-2-2-2-1-2-2 exhibition was inspired by the Phrygian cap: an ancient form of tall headgear with the top drooping forwards, popularly known as the “Smurf hat”. The exhibition finds inspiration in the cap’s shape and its history. The exhibition as a whole is abstract in its form language and comprises paintings, music, sculptures, and printed publications.

In Europe the Phrygian cap is seen as a symbol of liberty. During the Roman Empire liberated slaves were given Phrygian caps as a mark of their freedom, and during the French Revolution, when they overthrew the monarchy, the Jacobins wore red Phrygian caps as part of their uniform. Similar caps live on today in popular culture and in the streets. The director and marine explorer Jacques Cousteau became the face of the red sailor’s cap not so very different from the Phrygian one and, when grunge was the fashion in the 1990s, the conical beanie was diligently deployed, while Smurfs, elves, wizards and sorcerers wear forms of headgear akin to the Phrygian cap. In English the cap has also given its name to the Psilocybe semilanceata, the Liberty Cap mushroom, known for its hallucinogenic properties.

The exhibition takes up this symbol of liberty and addresses the tension that arises between two different forces: one that is liberated and chaotic, and the other tradition-bound and conical – the alien versus the familiar. The title of the exhibition, 1-2-2-2-1-2-2, is taken from the Phrygian musical scale in which 1 is a semitone and 2 a whole tone. The exhibition takes off from Vaittinen’s book Phrygian Mode, which he published in 2017 through his own Rooftop Press. The book, consisting of a series of charcoal drawings, is a rudimentary, abstract form study of the Smurfs – those small, blue, good-hearted figures from the TV series dressed only in white shorts and Phrygian caps. The exhibition gives this work a further spin, in which the entry point is a familiar figure abstracted almost to the point of unrecognizability, but which still retains some remotely identifiable features. The works in the exhibition are a cross between painting and collage. They have been made using a technique that Vaittinen has developed, and which makes use of the material qualities of acrylic paints. The other materials in the exhibition are linked to music and the club scene. Hanging from the ceiling are abstract, painterly, acoustic elements in Molton fabric, which are in direct dialogue with the soundwork being played in the space. The music in the soundwork is composed in the Phrygian mode and is played on a “sound system”, an audio installation with its roots in Jamaica, and which is tied to spontaneously arranged dance culture. For functional and logistical reasons these audio installations are constructed in a manner resembling brutalist architecture. The sound system in the exhibition was inspired by the original, but has been given a looser form. For the exhibition Vaittinen has also made a series of metal sculptures that take their form language from stage trusses – a construction element used in building stages for various types of event. The whole thing forms a mysterious space that might perhaps be a venue for secret gatherings, a place for sacred rituals, or a salon that opens us up to reflection and new insights. – Markus Åström